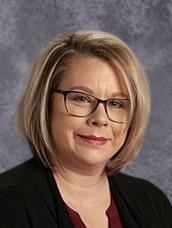 I'm both honored and thrilled to have joined the Sauk Centre team in 2016 as Technology Integrationist.  I graduated from Starbuck High School in 1975 and continued my education at UMM and SCSU. I began my teaching career in Buffalo Lake, MN where I taught social studies, coached volleyball, girls basketball, and track, and served as athletic director. When Buffalo Lake merged with Hector Public Schools, I transitioned from the classroom to the media center as the district's media specialist and technology coordinator.  After 21 years working with the staff and students in Buffalo Lake and Hector, I left for a position as media specialist at Apple Valley High School. In addition to running the media center, I became involved in supporting teachers as they adopted new technology and served on the district's technology planning committee. I continued to be involved in coaching volleyball, eventually serving as the Eagles head coach for several years.

In the summer of 2014, I retired from my teaching position to join Cengage Learning and worked in sales and training for schools in Minnesota, Wisconsin, and Nebraska.  When we learned of the opportunity in Sauk Centre, we jumped at the chance to return to West Central Minnesota.

My wife, Patrice, and I now make our home near the shores of Lake Minnewaska where the walleyes continue to elude me.

You can add a copyright statement or legal disclaimer in this area if necessary.
Copyright © 2002-2021 Blackboard, Inc. All rights reserved.